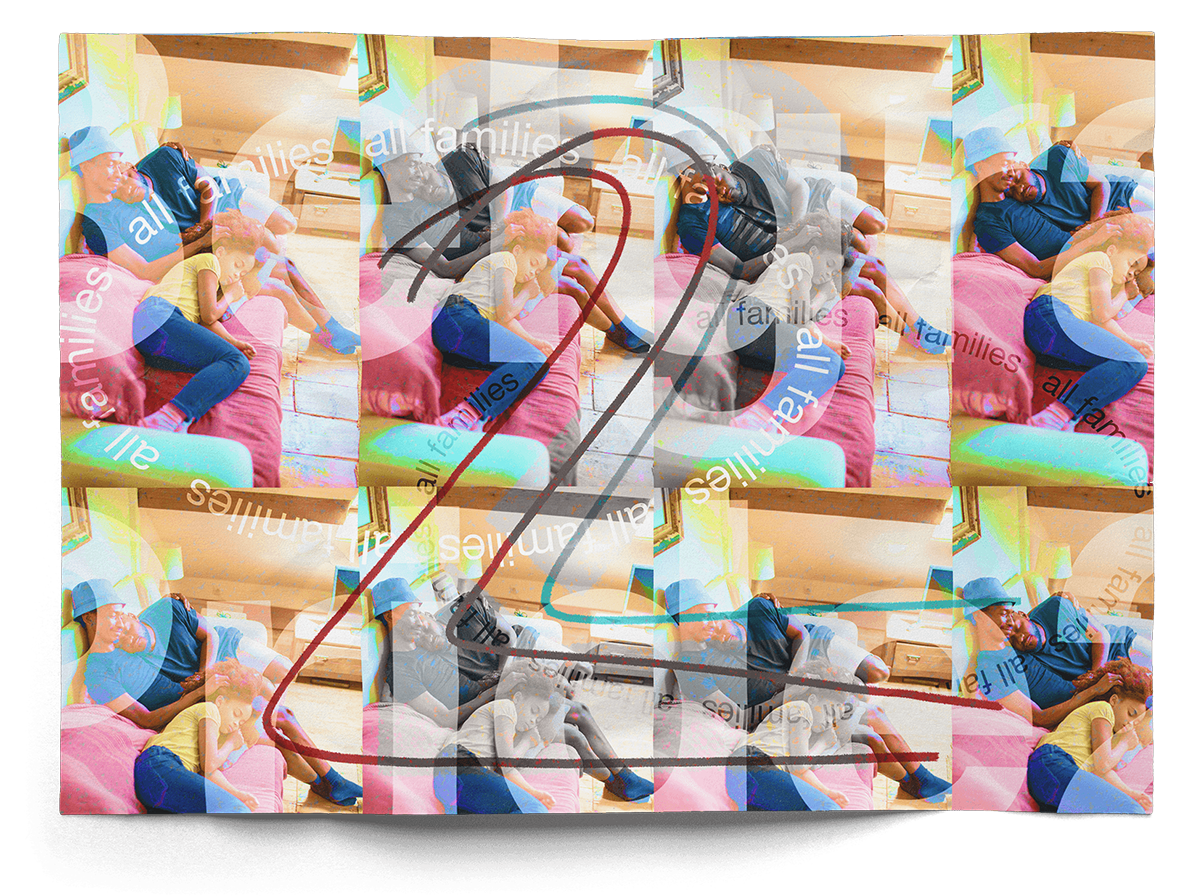 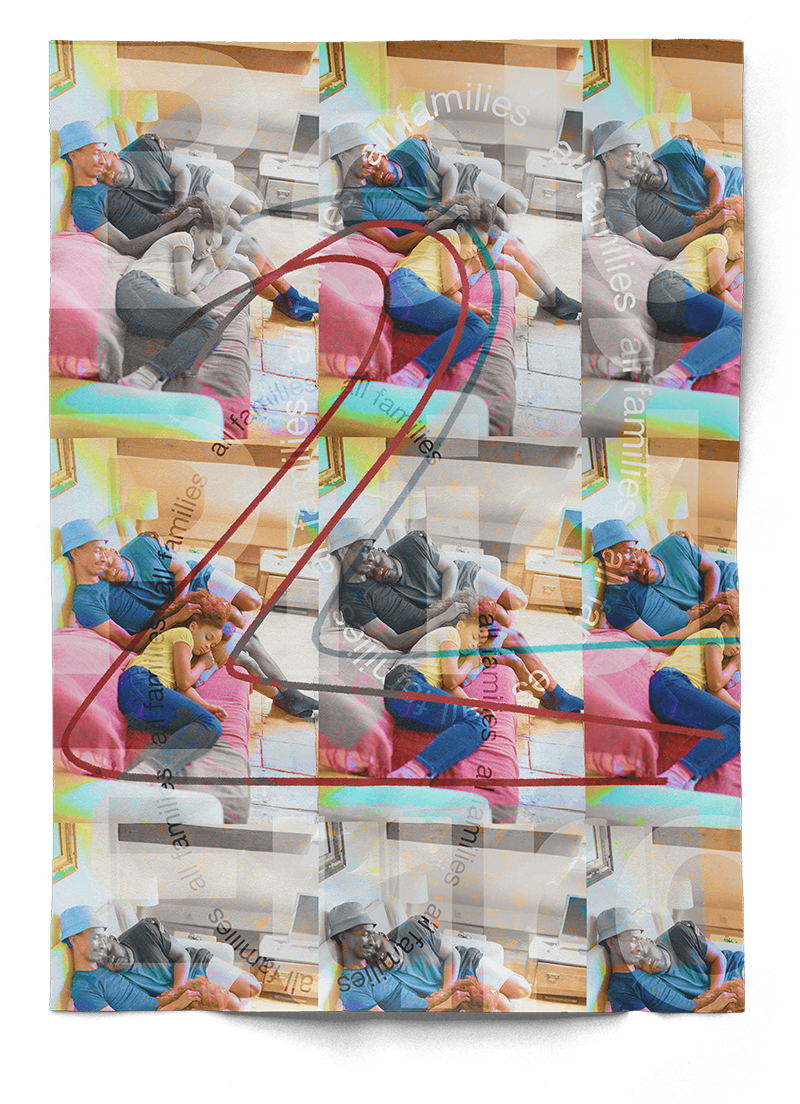 In the previous part, we highlighted the reactions of the media to the birth of the child of the Prime Minister of Serbia and her partner, as well as the statements made by some of the politicians on this issue. In this part of the text, we will briefly present another group of social actors that does not forget the legal invisibility of the LGBTI+ families in Serbia, namely civil society organizations.

We will start with an analysis of the right-wing organization Otadžbinski pokret Obraz’s statement, in which they wrote the following words: ‘We call on the competent services to urgently remove the child from the illegal and unhealthy environment in which he is currently located, and to take appropriate legal action against Brnabić and Đurđić'. Therefore, Obraz repeatedly mentions in the press release that Ana Brnabić and Milica Đurđić are breaking the law and that the state is obliged to protect a newborn who must not be raised in an "unnatural" environment: ‘The Constitution and the law of Serbia do not recognize ‘two mothers’ or ‘two dads’, nor ‘female dad’ or ‘male mom’. The Constitution and law of our country, as well as the Law of God and human nature, recognize only father and mother as parents’. Therefore, Obraz insists on recognizing only the family which is made up of only two roles, the father and the mother, and they refer not only to the law (which is something that is subject to change and represents a modern creation), but they naturalize this representation of the family by insisting on its pre-social, ‘natural’ character.

This kind of naturalization is common, and based on that naturalization the status quo is usually justified. It seems that Obraz indirectly does not recognize other various family forms, as this statement implies that single parents and their children are incomplete families (although single parents can fulfill the parental roles of ‘female dad’ or ‘male mom’), moreover, it also pathologizes them and calls for direct state sanctions. Anđelka Milić, a sociologist, has written about this kind of ideological conservatism that wants to perpetuate the assumption of the ‘natural’ character and foundation of the family. She writes that the concept of family is one of the notions most loaded with ideology and most often used in various political conflicts. It can be said that Obraz’s statement is probably the most extreme example of an organization's public reaction to Igor’s birth since homophobia is rarely manifested in such a direct way that characterizes homosexuality as a disorder. An example of this is the interview for the BalkanInfo portal given by the rapper Škabo, in which he states that he is against violence, that he has nothing against LGBTI+ people, but that he does not agree with LGBTI+ people adopting and having children. Obraz's statement, therefore, represents an extreme example, while homophobia in Serbia has changed its form and most of the social actors who have extremely homophobic views do not have access to mainstream media.

When it comes to human rights organizations and their reactions and statements regarding the birth of the child of Milica Đurđić and Ana Brnabić, it should be noted that they also base their view of the family on the legal framework. Their statements seem to be in line with Obraz’s, as they insist that Milica and Ana, and their child are not a family. However, these organizations call for the change of the legal framework so that LGBTI+ families would also become recognized legally, while Obraz strives to preserve the current legal norms. It can be said that the negative tone of the statements of human rights organizations, in this case, has a strategic character, that is, the goal is to point out the existing problems and legal obstacles that LGBTI+ people encounter when trying to have their own families.

LGBTI+ Association Da se zna! congratulated the Prime Minister and her partner on the birth of their son, however, they reminded that ‘...despite everything, our Prime Minister is not related to her son before the law, and parenthood for same-sex couples remains a privilege’. Labris - an organization for lesbian human rights, also pointed out that Ana Brnabić officially or formally does not have a relationship with the child and expressed the wish that in the future LGBTI+ families will be legally recognized. One columnist of the gay magazine Optimist wrote: ‘With the same arguments and the same dose of common sense, they could have declared any of the tens of thousands of newborns in Serbia as the prime minister's new child. On February 20, a woman who lives with Ana Brnabić gave birth, and who - as far as the law is concerned - is free to walk away tomorrow and take baby Igor with her: the Prime Minister has absolutely no right to call that baby her own.’ Predrag Azdejković, a gay activist, was very harsh in his statement: ‘The whole situation regarding the birth of the partner of the Prime Minister of Serbia can be reduced to the fact that Ana's roommate had a child with an unknown man, and Ana can at best be seen as a babysitter for that child’. He continued the interview by saying that Milica Đurđić is a single mother and that the two of them represent a socially privileged couple, which is certainly unquestionable. However, Predrag Azdejković made a mistake when he said that Brnabić will have to feel the consequences of her being ‘...nobody and nothing’ to that child and Milica, when legal matters are concerned.

Unfortunately, he failed to acknowledge his previous conclusion, that due to their specific position in society, the two of them will never have to share experiences with other legally invisible and unrecognized LGBTI+ parents. Precisely because of their political and economic position, it is certain that this couple will be able to better their situation when Brnabić is no longer part of the government, e.g. they will be able to move to a country that legally recognizes their family because, above all, they have the economic power to make such a move. What is crucial and correct in the CSOs’ statements is the acknowledgement of the need for legal recognition of same-sex unions, which will undoubtedly positively affect LGBTI+ families.

It can be concluded that the media, as well as politicians in power, in a certain way legitimized this legally unrecognized and invisible LGBTI+ family and opened the door for some change in the meaning of the concept of family: that is, they opened it for its alternative forms. However, the majority of media nor politicians did not refer to the need for legal recognition and it seems as if their affirmation refers only to the Prime Minister's case. On the other hand, CSOs, both right-wing and those advocating for human rights, disputed them status of the family, i.e. more specifically, they challenged the Prime Minister’s status of a parent, insisting on the importance of legal regulation of this issue and taking the legal aspect as necessary when defining the concept of family. The approach to the issue of LGBTI+ families must be multifaceted. One of the main demands of Pride in Serbia is to adopt the Law on Same-Sex Unions, which will undoubtedly facilitate the functioning of all LGBTI+ families and contribute to their legal recognition. At the same time, we must change and expand the social meaning of the concept of family, so that this concept does not derive its legitimacy only from legal acts.