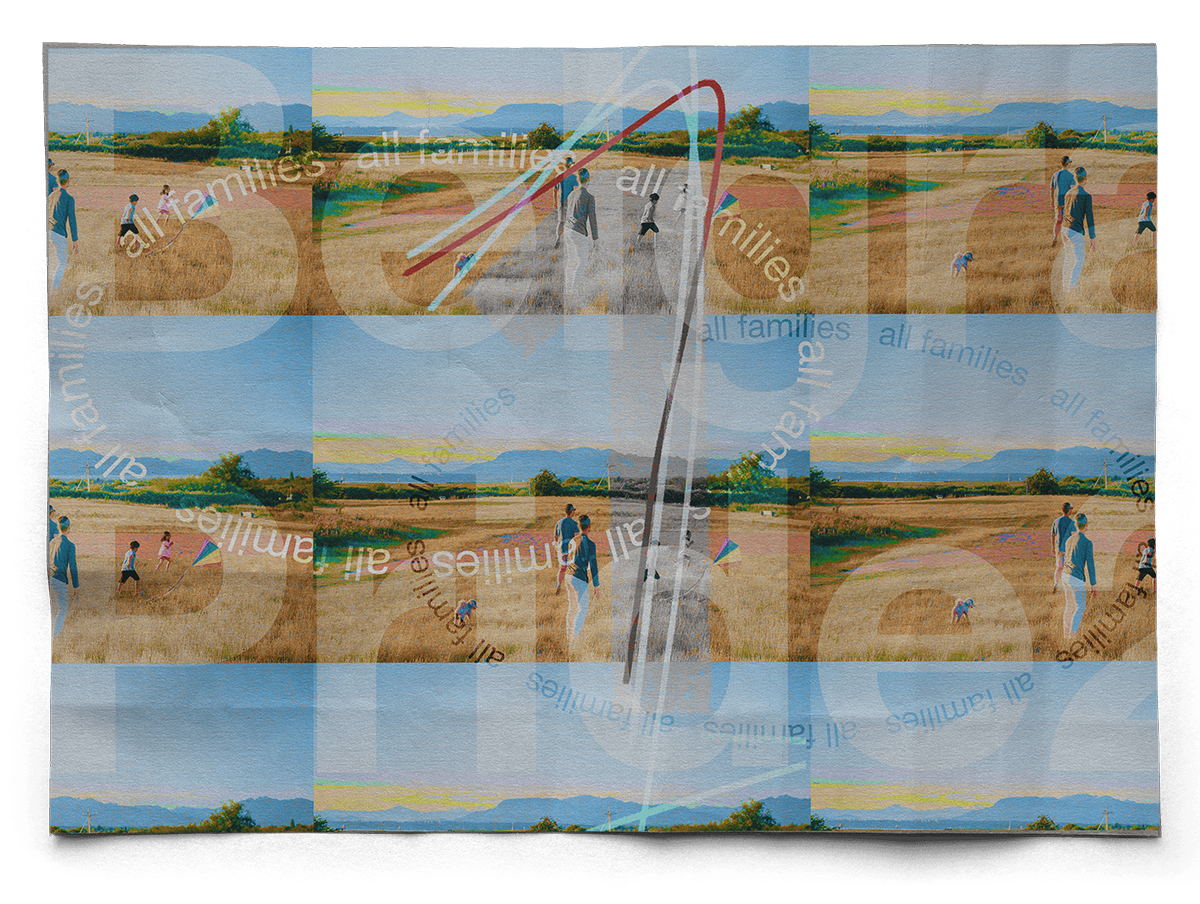 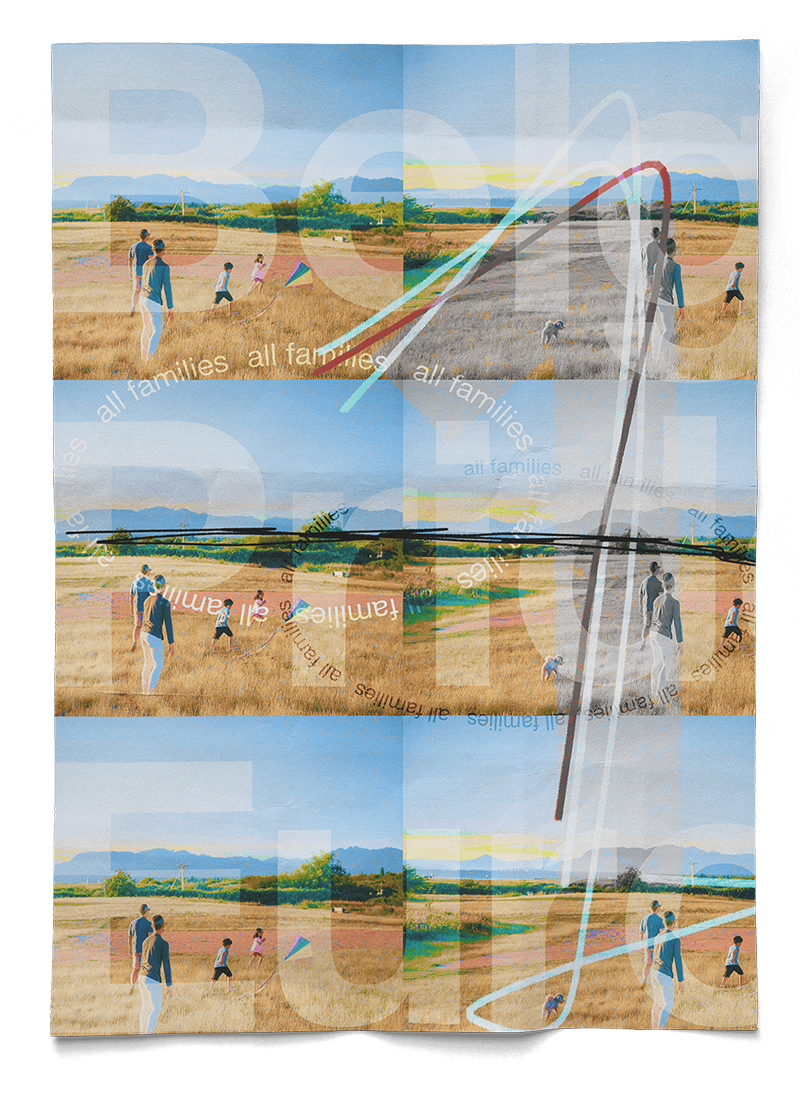 The EuroPride 2022 program was presented in Belgrade last week, during which the International Conference on Human Rights will be held. One of the panels at the conference concerns same-sex parenting, as well as the importance that legal recognition of same-sex unions can have for non-heterosexual parents and their children. We should not lose sight of the fact that Ana Brnabić, the Prime Minister of Serbia, welcomed a child with her partner in 2019. The birth of this child in many ways pointed out the problems that LGBTI+ people deal with daily, at least if they were not lucky enough to become high-ranking officials, as well as the need for same-sex unions to be legally recognized.

Through this specific case of an LGBTI+ family, we will analyze how different social actors in Serbia, such as the media or politicians, approach LGBTI+ family forms. This article incorporates parts of the work written during doctoral studies at the Faculty of Philosophy, within the course Sociology of the family.

The Prime Minister of Serbia and her partner Milica Đurđić are perhaps the only publicly declared same-sex couple in Serbia, and the birth of their child represented a certain precedent as since then the public has been introduced to an example of a non-heterosexual family living in Serbia, i.e. a lesbian couple with a child. This was a very significant event since it pointed to the existence of family forms that are invisible in various ways, but certainly represent a part of our social reality. That is, even though these forms of family are not legally recognized, Ana and Milica are certainly not the first same-sex partners that live with a child and represent an alternative family form.

In this part of the article, I will present the media coverage of the child’s birth. Media representation is an unquestionably important field that constructs value systems and behavior models and introduces the general public to various social phenomena and chooses which phenomena will be introduced, as well as how they will be presented. The media has the power to legitimize desirable social forms, as media play a very important role in the process of creating policies and agendas that precede them.

By analyzing the media headlines on the day of the birth of Igor, the child of Brnabić and Đurđić, it can be concluded that the prime minister was treated significantly differently than the underprivileged members of minorities usually are. That is, even the media that normally publish homophobic and misogynist texts, reacted positively to the birth of the prime minister's son. For example, Blic convincingly had the most affirmative headline: ‘Ana Brnabić and Milica Đurđić welcomed a son, named Igor, after NINE YEARS OF LOVE’, while the text itself ends with the sentence ‘Blic congratulates Ana Brnabić and Milica Đurđić on the birth of their son, but also on the brave decision to, despite prejudices, become parents’. Blic stands out from other portals by mentioning both parents in the headline and congratulations by newspaper editors, who recognized the courage needed to take this step. The daily newspaper Kurir, which is prone to sensationalist reporting, often offensive toward minorities, published an article under the headline ‘BEAUTIFUL DOCTOR GAVE BIRTH TO SON IGOR: Milica Đurđić, Ana Brnabić's partner, gave birth’, while Pink.rs published news under the headline ‘PRIME MINISTER GOT A BABY! Ana Brnabić's partner gave birth!’.

Other portals had very similar announcements, and all of them can be divided into two groups, which are adequately represented by the headlines of Kurir and Pink:
1. Portals that did not write that the Prime Minister had a child, but that her partner gave birth.
2. Portals that emphasized that the Prime Minister had a child.
Although it may sound like an irrelevant difference in the use of language, these titles may indicate a different understanding of parenthood, that is, it can be said that the portals that reported that the Prime Minister had a child in a certain way legitimize Ana Brnabić as a parent, although she is certainly not a legal guardian. Since there is no Law on Same-Sex Unions in Serbia, i.e. Igor is legally only the son of Milica Đurđić, and Ana and Milica are not legally recognized as partners. On the other hand, we have portals that avoided using words that represent Ana Brnabić as a parent, only reporting that her partner had given birth.

LGBTI+ families represent a very important subject of research in the sociology of the family since they question the notion of parenthood as a biological relationship. Although adoption is seen as a legitimate form of parentage and was recognized and made possible by law, albeit only for heterosexual couples, a biological connection is still seen as the primary basis for the legitimacy of offspring. Furthermore, since in the case of Ana Brnabić there is no possibility of adoption, it can be seen as subversive to recognize her as a legitimate parent in the public discourse. In other words, the headlines reporting to the public that the Prime Minister has become a parent legitimize her, as well as many other legally unrecognized relationships that, due to their affective connections, could be subsumed under the term family or parent-child relationship. Although kinship is based on the fact of birth, the socio-cultural process of attributing kinship is crucial, as these examples show us. Heteronormativity deeply determines our understanding of the family, where the heterosexual family is the norm, and any deviation from that norm can be seen from a conservative perspective as a potential danger to the family as an institution. Having that in mind, it can be concluded that reactions of the mainstream media to the news of the birth of the prime minister's son were mostly non-homophobic and affirmative towards this non-heterosexual family.

Reactions on social networks that can represent the ‘voice of the people’ are also fertile ground for analysis. Social networks certainly provide an opportunity for ‘ordinary’ citizens to give their opinion on this and many other topics. Various portals reported on posts that circled social networks, mainly Twitter. It was possible to notice that ‘jokes’ that call Ana Brnabić ‘father’, ‘dad’ predominate: many wrote comments congratulating the dad, and tearing the shirt (in Serbia there is a custom in which the father's shirt is torn after the birth of a baby) was also mentioned. Are these reactions homophobic or can they inform us how fatherhood is perceived in Serbia? Ana Brnabić is certainly called the father because of her non-participation in the physical aspect of giving birth. However, an interesting question is whether a masculine person like Brnabić, who is perceived as the main breadwinner, i.e. she has primarily an instrumental role, for a reason associates people with the role of the father. In other words, can these jokes in some way denaturalize the position of the father?

When it comes to representatives of the government and the opposition, the reactions were either positive or very homophobic, and in most cases, politicians remained quiet - where silence can also be interpreted as a form of reaction. When we talk about the most influential figures in politics, Serbian President Aleksandar Vučić congratulated Anna Brnabić and her partner on the birth of their son in the morning live program of TV Prva: "Congratulations to Anna and Milica, may Igor be alive and healthy! May he be smart, happy, and successful." In this way, Vučić gave his nod of approval to this alternative family form, and even though it is a case of a prime minister, i.e. a very powerful person who enjoys all social privileges and does not share the same social position with other LGBTI+ people, this kind of reaction certainly opens the door for the recognition of LGBTI+ family as legitimate family form. After being asked if he had heard certain negative comments about the birth of the Prime Minister’s child, Vučić said: "Their problem is that I am not fascinated by their rudeness and primitivism. This is our "modern elite", which will lead us into the 21st century". From this reaction, we can conclude that Vučić equates homophobia with primitivism, while he sees the acceptance of LGBTI+ families as progress, which is in line with the politicization of LGBTI+ issues in the international political discourse.

Zorana Mihajlović, then serving as a Minister of Construction, Transport, and Infrastructure had a slightly different approach. Although she also condemned the insults that appeared on social networks, she based her criticism of insults on the defense of the rights of a newborn child: "You can disagree with someone politically, criticize them, attack them, but it is inadmissible that a child is used for attacking political opponents". Mihajlović did not touch upon the prime minister's sexual orientation nor, unlike the president, did she directly acknowledge this LGBTI+ family as a family. In her perspective, children represent a value by themselves, no matter who their parents are.

The prime minister's office went one step further than Vučić and told the France-Press agency the following: ‘Ana Brnabić is one of the first prime ministers whose partner gave birth while she was in office [...] and the first in the world whose partner gave birth within a same-sex couple’. In these words, a certain sense of pride can be felt, as this case is presented as one of the most progressive examples in the world’s political scene. However, is it really so? Brankica Janković, the Commissioner for the Protection of Equality disclosed the reality of this situation: ‘Instead of dealing with controversies about whether a child has two mothers and inappropriate comments, it would be better to look at the reality that our citizens and members of the LGBT community live with, and that they and their children must enjoy equal legal protection’, that is, the Commissioner points to what the other mentioned actors forgot to mention - LGBTI+ families are not legally recognized in Serbia.

Read about the reactions of non-governmental organizations in the second part of the article.