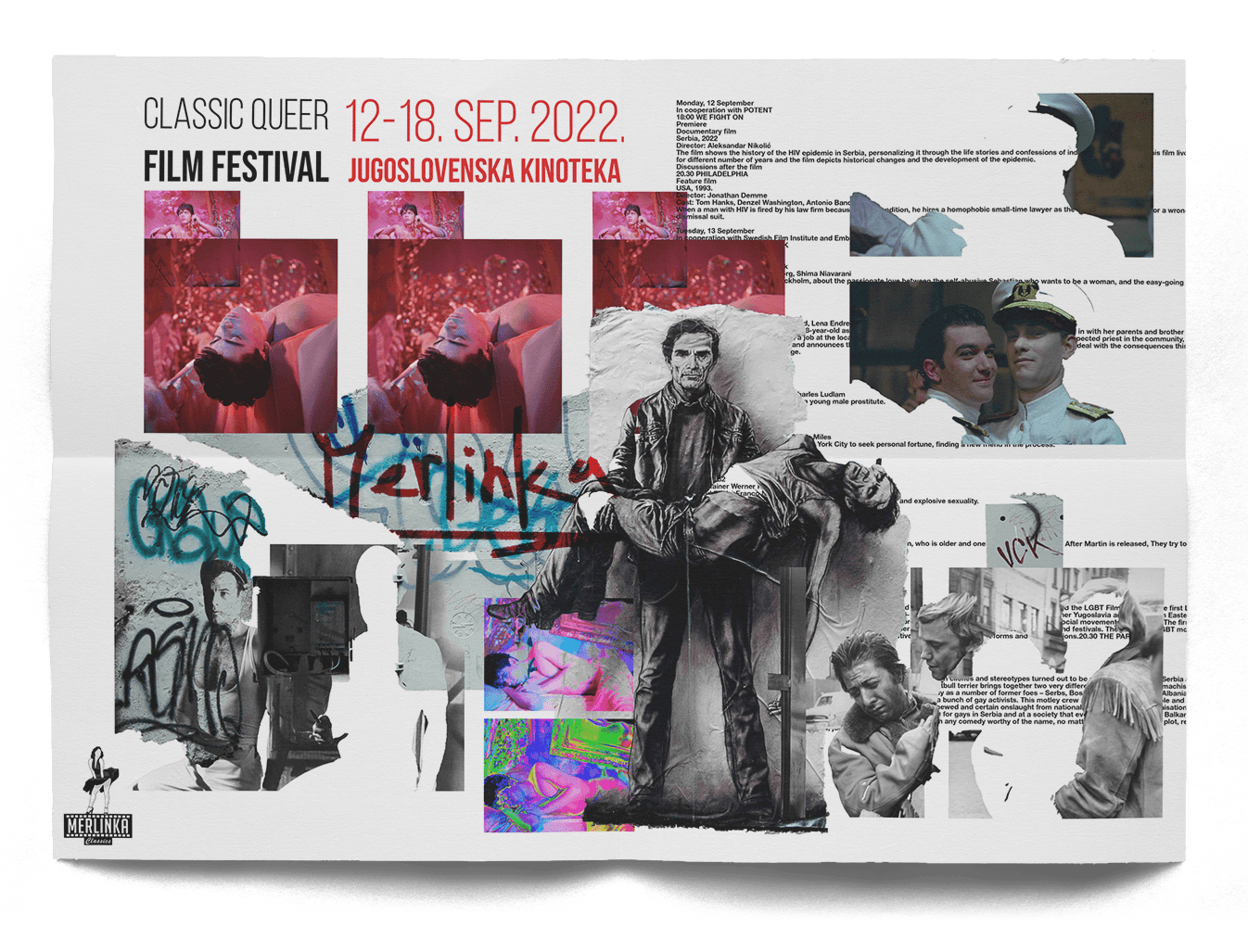 
In cooperation with POTENT

The film shows the history of the HIV epidemic in Serbia, personalizing it through the life stories and confessions of individuals. Subjects in this film live with HIV for different number of years and the film depicts historical changes and the development of the epidemic. Discussions after the film

When a man with HIV is fired by his law firm because of his condition, he hires a homophobic small-time lawyer as the only willing advocate for a wrongful dismissal suit.


In cooperation with Swedish Film Institute and Embassy of Sweden

A gritty story taking place in Stockholm, about the passionate love between the self-abusive Sebastian who wants to be a woman, and the easy-going Andreas who is certainly not gay.

After breaking up with her boyfriend, 28-year-old aspiring journalist Hanna decides to leave Stockholm and move back in with her parents and brother in her small hometown, Alingsås. After she gets a job at the local news station, her world turns upside-down when her father, a respected priest in the community, informs his family of his lifelong feminine side and announces that he wants to come out as Marianne. The whole family must now deal with the consequences this might have for them and the community at large.

A naive hustler travels from Texas to New York City to seek personal fortune, finding a new friend in the process.


In cooperation with Goethe Institute

A handsome sailor is drawn into a vortex of sibling rivalry, murder, and explosive sexuality.

Thomas is the son of a prison warden. He falls for and seduces Martin, who is older and one of the prison inmates. After Martin is released, They try to build a relationship and a life together but, no one will let them alone.

We begin with the Magnus Gay Culture Festival, which was organised in 1984 in ŠKUC, Ljubljana and which included the LGBT Film Festival – the first LGBT film festival in Europe. In the same year, the so-called “Magnus Section” – the first organised gay movement in the former Yugoslavia and probably in Eastern Europe as well – was established in the context of the ŠKUC-Forum, which brought together various alternative and civil social movements at the time. The first years were characterised by club events (the only of their kind in the former Yugoslavia) and the organisation of events and festivals. The Slovenian LGBT movement became the most progressive movement of that time and is still active today through different forms and organisations.

Turning transgression into a comedic principle, this turbulent farce that toys with clichés and stereotypes turned out to be an unexpected hit in Serbia and other ex-Yugoslavian countries. In PARADA a life-saving operation on a gangster’s pitbull terrier brings together two very different worlds: old school machismo meets gay obsession for interior design, homophobia meets overblown gender display as a number of former foes – Serbs, Bosnian Muslims, Kosovo-Albanians and Croatian war veterans – find themselves obliged to form a tenuous bond with a bunch of gay activists. This motley crew are sent on an impossible and probably suicidal mission to protect a fresh attempt to hold a Gay Pride parade from renewed and certain onslaught from nationalists and neo-Nazi organisations and make the event a success. Srdjan Dragojević’s film takes a look at survival strategies for gays in Serbia and at a society that even now, years after the Balkan war, is still fragmented and riven by two entrenched fronts. And, as one would expect from any comedy worthy of the name, no matter how tumultuous the plot, real-life tragedy is always hovering in the background, just a step away.

In ancient Arabia, a beautiful slave girl chooses a youth to be her new master, then she is kidnapped and they must search for each other. Stories are told within stories: love, travel and the whims of destiny.

A mysterious young man seduces each member of a bourgeois family. When he suddenly leaves, how will their lives change?

In World War II Italy, four fascist libertines round up nine adolescent boys and girls and subject them to 120 days of physical, mental, and sexual torture.